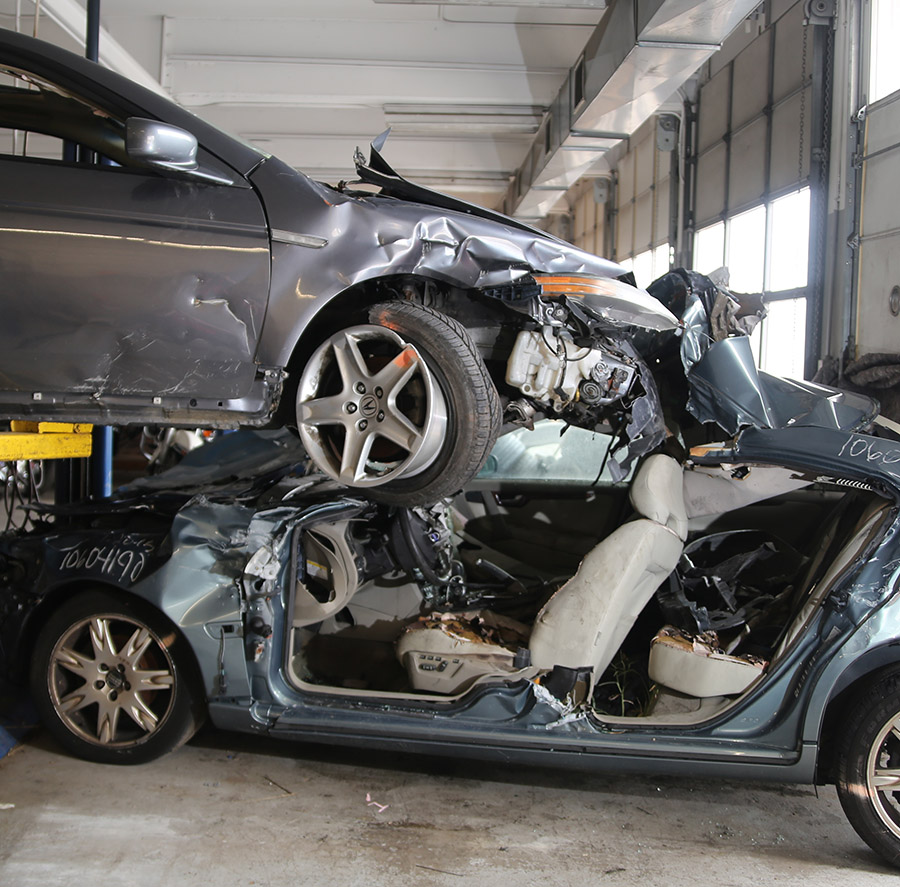 State of Tennessee v. Troy Critchley, where defendant, a professional drag race car driver, nicknamed The Burnout King, lost control of his high powered Pro-Modified Extreme Corvette drag race car at the Cars for Kids charity event in Selmer, Tennessee, on June 16, 2007.  Critchley was attempting to perform one of his trademark burnouts on a city street lined with unprotected spectators, when he lost control and hurtled into the crowd.  Six spectators (aged 15 to 22) were killed and more than twenty others were injured, many seriously. Brian F. Chase was called upon by the McNairy County District Attorney General to conduct an extensive Vehicle Autopsy on the drag car, from which he determined that driver interface and not vehicle malfunction was the causal factor in this crash. In addition, the dynamics of the trajectory of the vehicle were analyzed as a segment of the accident reconstruction, as well as operational aspects based upon the drag racing experience of Brian Chase.

United States v. Tonya Bell, where the defendant crashed her car into a crowd at the UNIFEST Street Festival on June 2, 2007, in Washington DC, after a crack cocaine binge. She injured almost 50 people, many of them seriously. Brian F. Chase performed a comprehensive Vehicle Autopsy on the defendant’s vehicle to rule out any vehicle defense, and proving the crash sequence was the result of driver interface and not vehicular malfunction. The defendant pled guilty to several counts of aggravated assault while armed and was sentenced to 25 years in prison. Mayor Adrian M. Fenty described the crash as “one of the worst serious traffic accidents” in D.C. history.

United States v. Kamal Nassaree, where defendant drove his vehicle, striking a man and crushing him between two vehicles on December 31, 2005. The defendant claimed the vehicle had accelerated and gone out of control, causing the accident. Brian F. Chase’s expertise with the vehicle’s components and computer systems disproved the defense’s claims. The defendant was sentenced to a total of 12 years in prison after a jury found him guilty of aggravated assault while armed, assault with a dangerous weapon, felony destruction of property, and leaving the scene of an accident.

People of New York v. James Bailly, where defendant, a truck driver, caused a head-on crash killing two people after he had a seizure while driving a commercial vehicle on Interstate 90 in East Greenbush, New York on August 19, 2005. He had been previously diagnosed with a seizure disorder and had forged the medical certificate required to drive a commercial motor vehicle.

Commonwealth of Massachusetts v. Stanley Filoma, where defendant’s actions resulted in the death of Super Bowl reveler James Grabowski, and severely injured others, when the defendant drove his SUV into a crowd celebrating the New England Patriots’ 2004 championship on February 4, 2004. The defendant was convicted of manslaughter and aggravated assault/battery and was sentenced to six to eight years in prison.

“The successful prosecution of this case would not have been possible without your (Brian F. Chase’s) participation and your desire to see justice prevail.”
John E. Powers, III, Assistant Suffolk County (Massachusetts) Attorney (September 2006)

State of Georgia v. Danny Heatley, where defendant, a member of the NHL’s Atlanta Thrashers hockey team, crashed his Ferrari in a high-speed car crash in Atlanta, Georgia on September 29, 2003. The impact split the car into two separate sections, and killed teammate Dan Snyder, who was a passenger at the time.

People of New York v. Harry Salerno, where an investigator trained only in automobile technology (without expertise in crash reconstruction and analysis, vehicle dynamics, etc.) improperly assessed the cause of a fatal crash on December 22, 2000, as vehicle mechanical failure. Absent the investigation and analysis of Brian F. Chase, the operator of the vehicle, who was under the influence of alcohol at the time of the crash, would probably never have been charged. He was convicted of second-degree vehicular manslaughter and received a 2-6 year prison sentence.

State of New Hampshire v. Nancy Lamprey, where the key expert investigation and testimony of Brian F. Chase resulted in numerous criminal convictions (including Manslaughter) of the driver who crashed a pickup truck while transporting young children in the bed area of the truck on September 14, 2000, resulting in serious injuries to several and fatal injuries to one child. In this case, the cause of the crash had been improperly blamed on vehicle component failure.

State of New Hampshire v. Reginald Dort, where defendant, a Canadian truck driver, claimed brake failure on his tractor-trailer which rammed a line of cars at the Hampton tollbooth in 1979. The Sonnenburg family car burst into flames severely burning then 20 month old Joel Sonnenburg who was strapped in an infant car seat. Although he fled the country, the defendant was later apprehended, brought to trial, and convicted in 1998.

“The only reason that I was successful in negotiating a plea with Reginald Dort is because of the outstanding efforts made by (New Hampshire State Police) Corporal Brian Chase” “ I truly believe that it was because Corporal (Brian) Chase was on this case that it resulted in a conviction. His attention to detail and can-do attitude is what gave us the leverage to get a conviction and prison sentence on a 17-year-old case. (State of New Hampshire v Reginald Dort)”
Charles Benson, Assistant Rockingham County Attorney (August 1998)

“You (Brian Chase) are to be commended for your determination, as well as, the absolute commitment of yourself and other personnel involved in the investigation.”
Colonel John J. Barthelmes, Director, New Hampshire State Police (September 1996)